The 🔑 to buying a home this year
Click Here

I was fortunate enough to be able to visit Estes Park in the summers for most of my life...

If you visit Estes Park for any length of time you are bound to run into our most famous residents- the Elk!   Elk are also known as "Wapati" a Shawnee word meaning "White Rump" .

Elk fur changes color during different seasons of the year. Turning from lighter grey colors in the winter to darker red colors in the summer.

Male elks grow new antlers each year.  They grow in the spring and shed in the winter.  They can grow up to 1" per day to reach 4 feet long on some bulls.  When fully grown by August, antlers can weigh up to 40 lbs.

Elk herds can be found all over the world but the largest ones are in North America and Canada. These herds can easily be in the 200 to 400 animal range.  Herds can be separated by gender and are matriarchal.

Elk Have large canine teeth called ivories.  Ivories are thought to be remnants of ancient elk that had tusks that were used to fight each other! 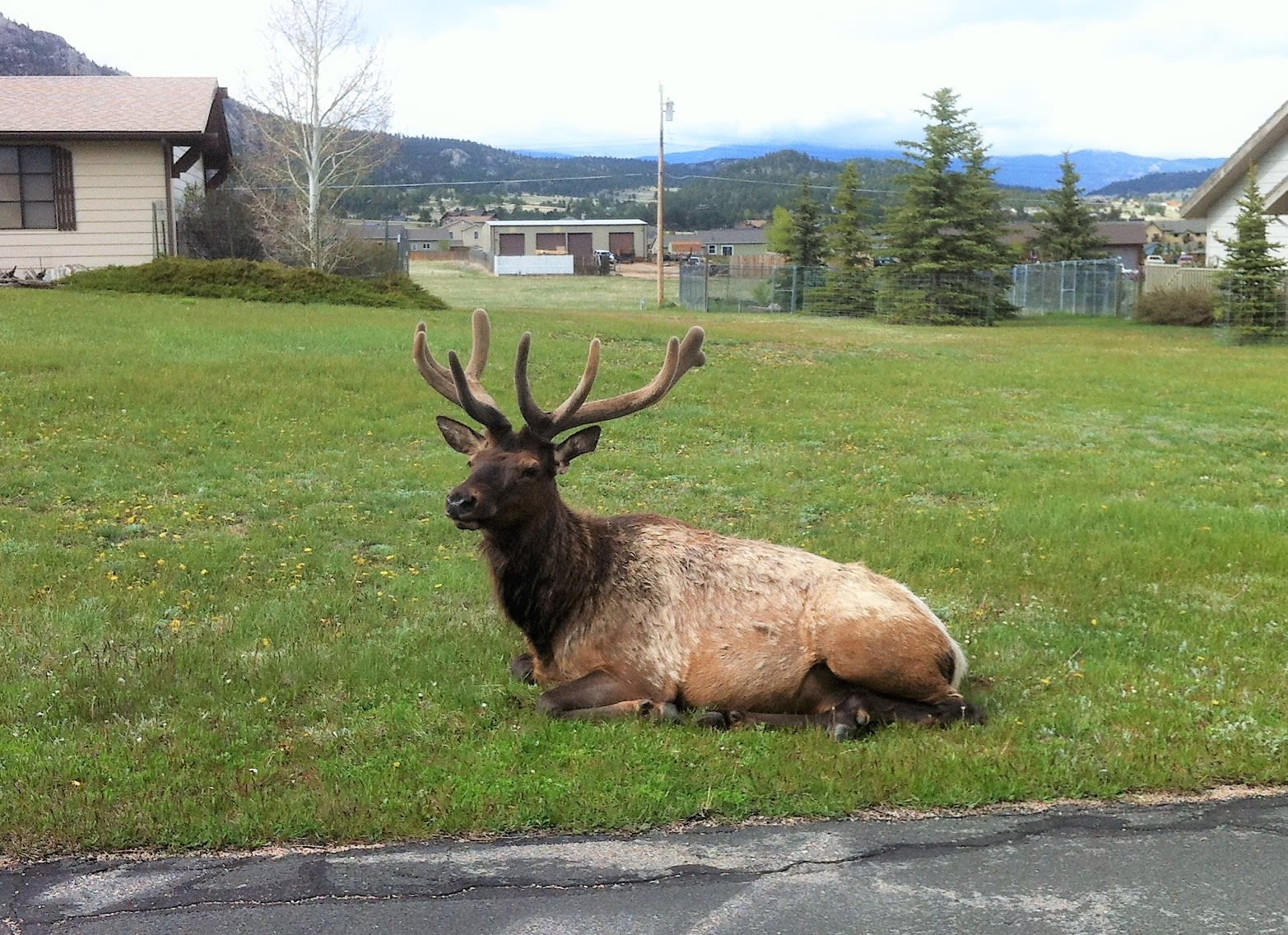 -Elk with velvet on antlers

Bull Elk can weigh up to 700 pounds and can be 8 feet long from nose to tail.

Elk breed in the fall "Rut"  by gathering cows and calves into small groups called harems.  Bulls will then wallow in mud and urine "perfume" to attract cows. Bulls can often be seen rubbing trees with their antlers and guarding the harem from other bulls.

Elk are most active in the early morning and evenings.

Elk eat grasses in the summer and woody plants in the winter.  They have been known to eat dandelions, violets, hawkweed, asters, clover and mushrooms as treats

Elk are not endangered currently and have an estimated population of 1,000,000 in North America and Canada. 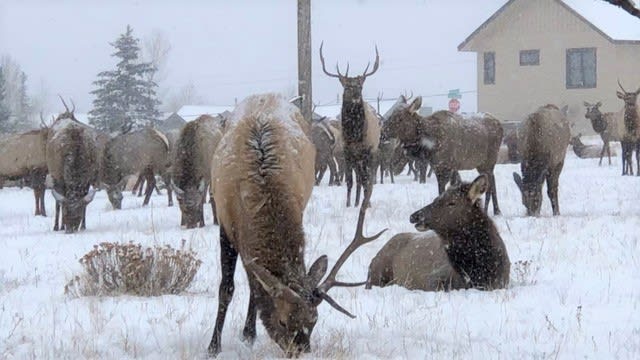 Rocky Mountain National park has some rules for viewing Elk in the park. 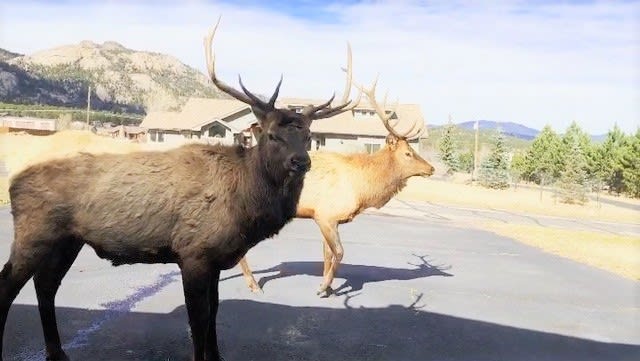