I was fortunate enough to be able to visit Estes Park in the summers for most of my life...

Did you know that Estes Park, Colorado used to have a drive-in Theater?  In the Early 1950s the population of Estes was around 1,600 people.  My Grand Parents,  Tedd and Geny Shanks,  Moved to Estes and increased the total to 1602. They decided what Estes and the tourists that visited Estes needed was a drive-In theater!

IMBD reports in 1952 over 1,800 movies were released!  There were some good ones like "Singin' in the Rain" starring Gene Kelly and Debbie Reynolds, "High Noon" starring Gary Cooper and Grace Kelly, and my favorite "Radar men from the Moon" Starring nobody that sounded familiar to me! 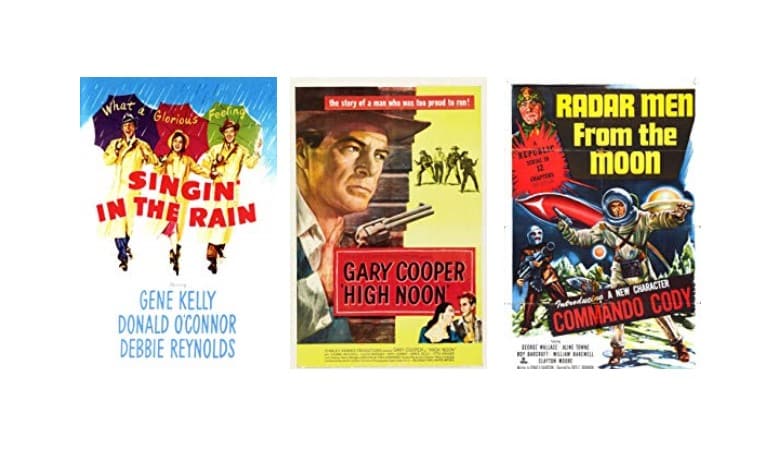 There was no shortage of room to build on in Estes Park in 1952.  Tedd and Geny thought an area on Lake Estes would be a great spot!  This was located West of where the Marina is today. 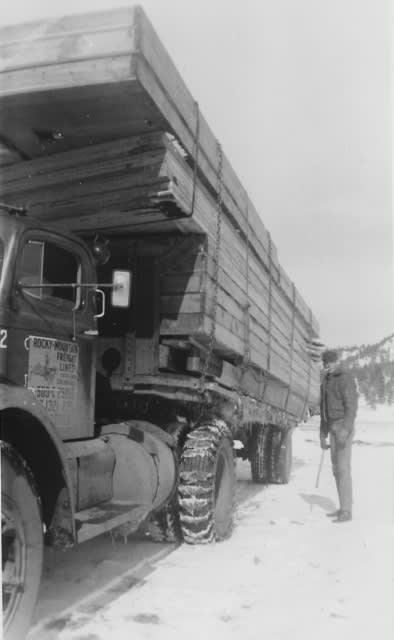 The Screen was delivered on a truck and assembled on site.

That looks like a heavy load! The truck is also chained up for the snowy roads. 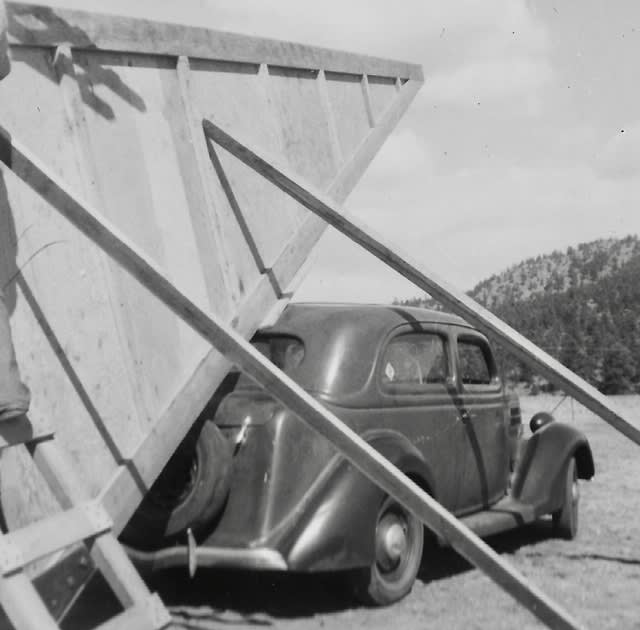 A  car was used to help prop up the structure as it was assembled.  At least the cars back then were stronger!  I would not try this today with a modern car! 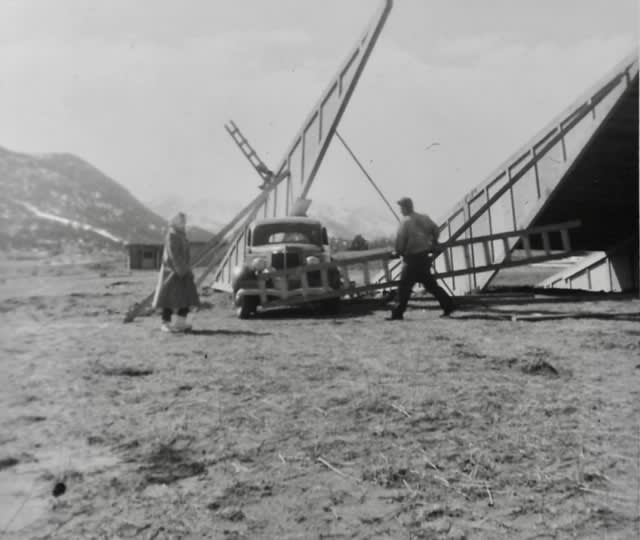 Tedd and Geny  laying out the screen framework 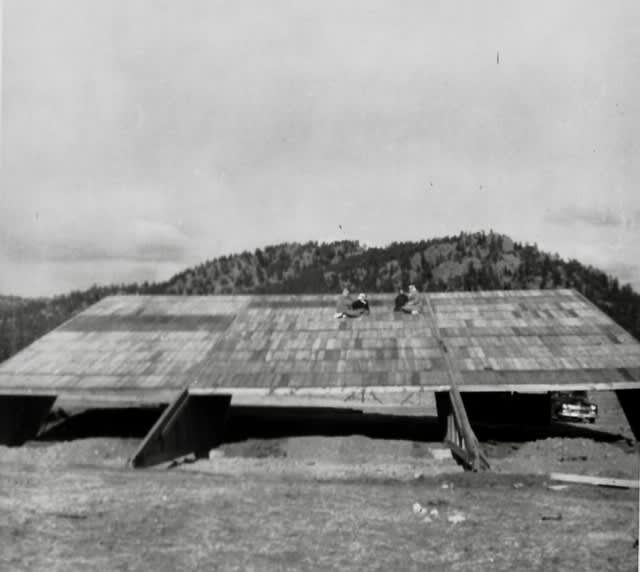 A crane lifted the assembled screen into place.  The car speakers are also set up in this picture.  They were a metallic white and dark blue color.  The screen was covered with white shingles to help it stand up to the weather. 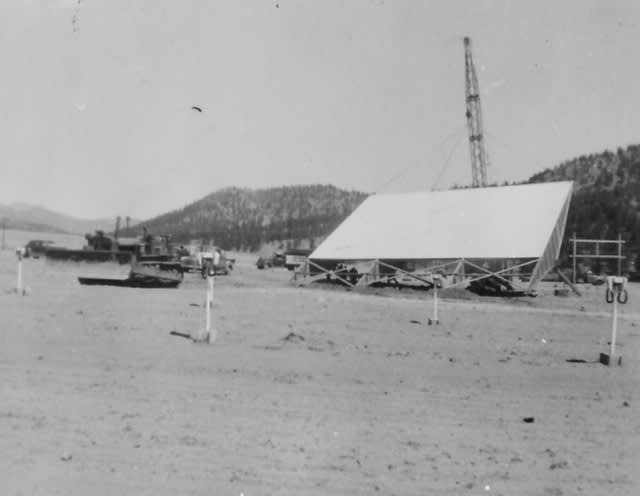 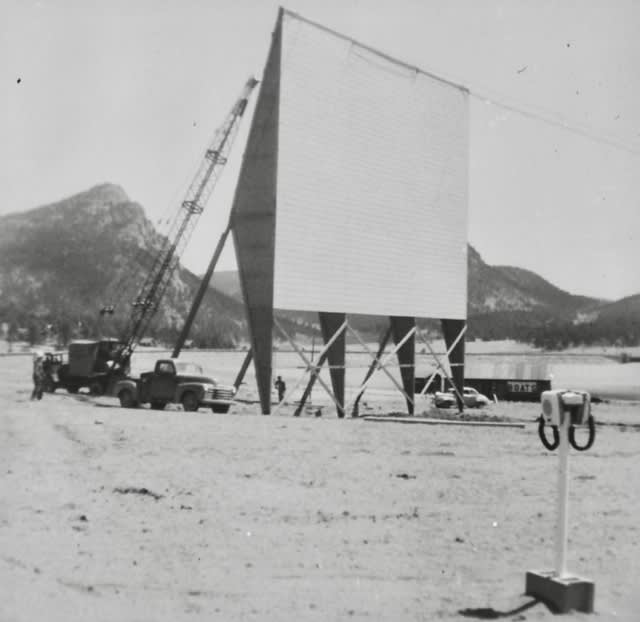 You can see the marina and lake in the background of this picture.  I would have loved to have seen a movie on this screen before it was torn down.   You could even see the screen from a boat on the water of Lake Estes. That would be fun to watch from a rowboat!

My Grandparents did have some challenges with operating the theater in Estes.  Because the sun sets a little later in the higher altitude of the mountains, the start of the movies would often be after 9pm making the double features  go on until the early mornings.

People would also try to sneak-in (with their cars) after the ticket counter closed.  I'm sure this happened at all the drive-ins  back then. 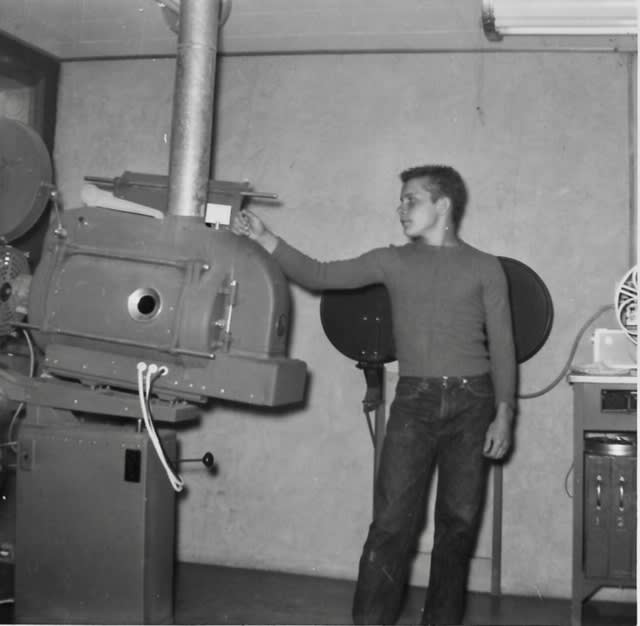 A worker posing by the carbon arc projector. These projectors generated a lot of heat (you can see the vent pipe that extends upward)  and can be dangerous if something went wrong with how the film fed through it. 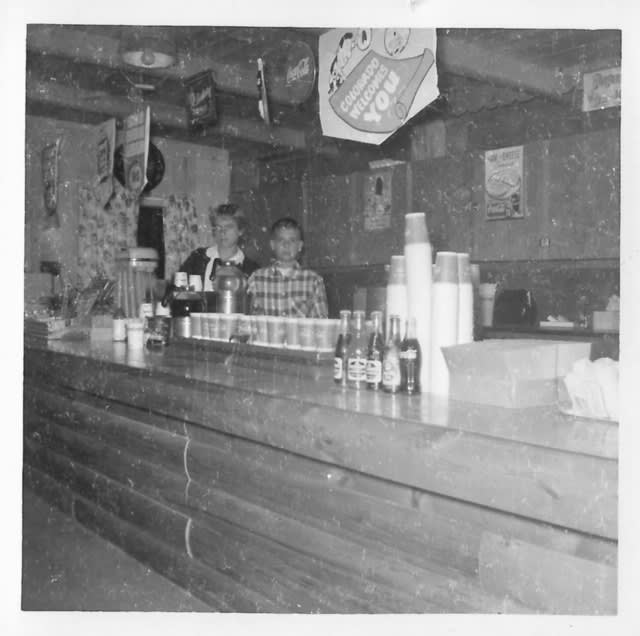 My dad Craig and Aunt Camille looking thrilled to be working the snack counter! It was a family business everyone had to chip in! 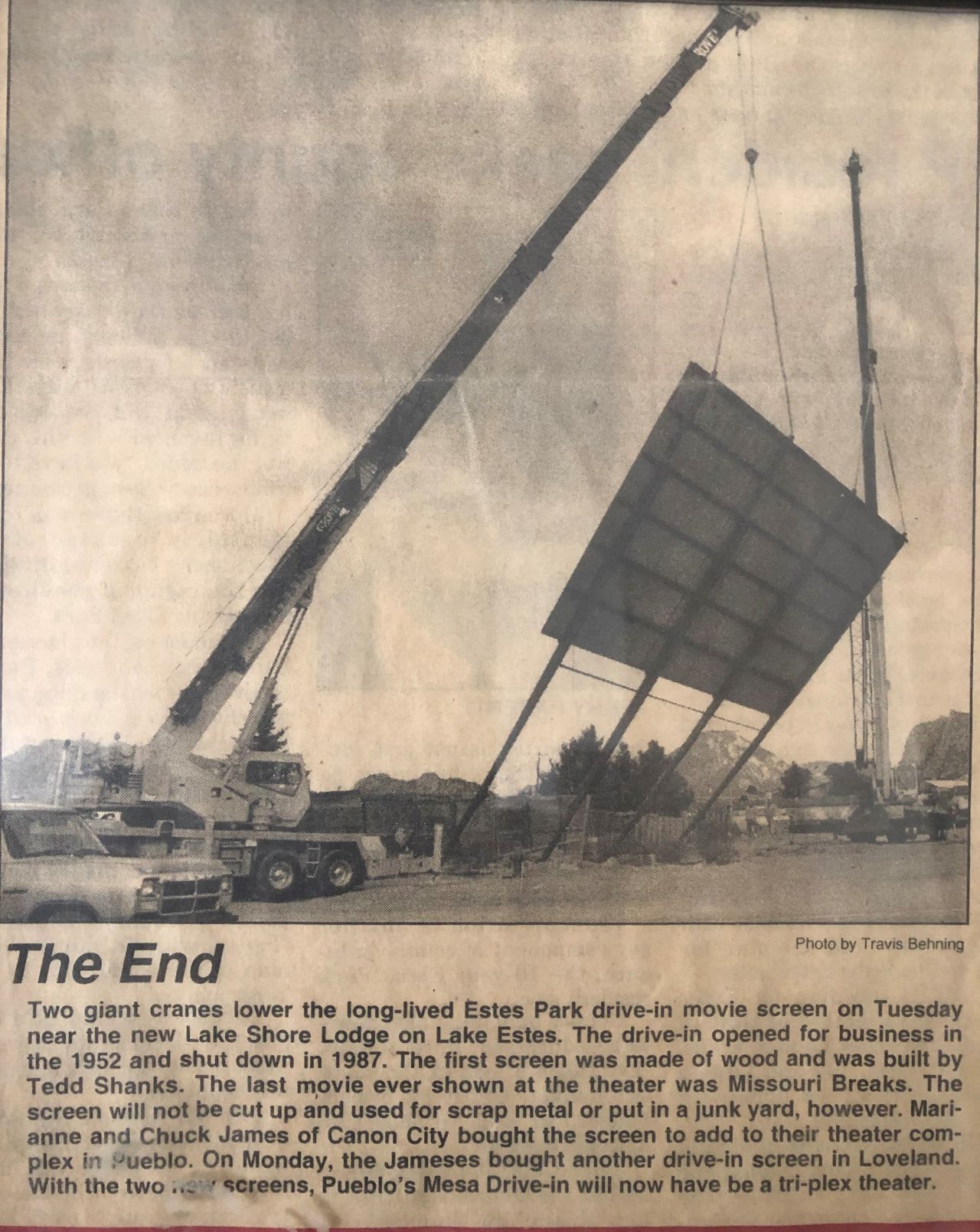